Cooperation in Italy during the crisis years

As the economic crisis continues, it is becoming increasingly evident that in order to identify strategies to put Italy back on a path of economic growth it is necessary to carefully evaluate the potential contributions of every sector, every public and private institution, and from all types of enterprises including cooperatives and social enterprises. Recent census data from The National Institute for Statistics (Istat) shows a great diversification of enterprise forms in Italy over the decade from 2001 to 2011, with cooperative enterprises and, more generally, not-for-profit organizations growing at a faster rate than other types of businesses, either public or private. Consequently, understanding the existence and characteristics of cooperative enterprises should no longer be considered of interest solely to a limited number of scholars or representative organizations of the cooperative movement. Rather, this type of research now has broader implications and should be undertaken with renewed commitment.

The report gathers a series of works conducted both before and after the crisis began in 2008 by researchers who have collaborated in various ways in recent years with Euricse. The aim of the report is to quantify the economic relevance of cooperation in the Italian economy. The analysis considers the development of cooperatives starting in 2008, examining their evolution and response to the crisis, and identifying where possible how this response differs from that of other forms of enterprise.

The economic impact of cooperation

The first significant finding in the report derives from a rather precise quantification of both the direct contribution of Italian cooperatives to the gross domestic product (GDP) and employment as well as the overall economic impact of cooperation on the Italian economy.

The aggregation of all the various available sources (including the 9th Industry and Services Census, as the first results are available) reveals that the total number of active Italian cooperatives is between 55 and 60 thousand. At the end of 2011, cooperatives, along with their consortia, generated a combined production value greater than 120 billion Euro and invested over 114 billion Euro (excluding those cooperatives that work in the credit and insurance sectors and shareholder companies controlled by cooperatives). At the end of 2011 cooperatives employed between 1.200.000 and 1.300.000 personnel, depending on the source of the data. Considering in addition all of the jobs filled throughout the year, including seasonal employment, the figure rises to 1.750.000. A large number of those employed (67% of the 1.750.000 positions registered in 2011 including thus seasonal employment) were occupied in permanent positions, while the less structured forms of employment – in particular those on a project-based contract – prove to be marginal and decreasing in number.

The analysis conducted by Euricse is not limited to calculating the direct impact of the production value or turnover of cooperatives, but aims to calculate the overall impact (direct, indirect, and induced) through the development of satellite accounts. This extensive analysis shows that in 2009 the cooperative sector accounted for 10% of the gross domestic product and 11% of employment, with 143 billion in added value and almost 2.500.000 jobs (calculated in full time positions). In other words, this calculation based on satellite accounts includes not only the impact of production by cooperatives but also the impact they generate through the demand for goods and services provided by non cooperative enterprises (indirect effect), as well as the impact on demand of the income generated by cooperatives for their members and employees (induced effect).

The second result of the aggregate analysis shows that the impact and relevance of cooperatives varies significantly from sector to sector. Cooperatives are particularly relevant in the agricultural sector (where the contribution to GDP and jobs is above 40%) and in some branches of the services sector, including those dominated by private enterprises such as commerce and transportation as well as those with more public involvement such as social services and health. In the health sector alone in 2011 social cooperatives generated a production value greater than 7 billion Euro and invested 5,5 billion Euro. However, cooperatives play a more marginal role in the manufacturing sector, with the exception of the food and drink production industry where the cooperatives are mainly agricultural producer cooperatives and not worker cooperatives.
Therefore, the cooperative form proves to be particularly suited either in sectors where the work is the strategic factor or in those in which the cooperation among producers enables them to take advantage of economies of scale while at the same time maintaining a high flexibility in the production processes at the base of the value chain.

Cooperatives during the crisis

The analysis of the recent trends in the cooperative sector in Italy shows, above all, a sustained growth in the sector, even before the crisis. Both the census data and the Italian Business Register data confirm that the number of cooperatives, the turnover, and the number of people employed all increased at a steady rate beginning in the 1990s and, at least since 2000, at higher rates than other types of businesses, either public or private. This trend is evident not just in some sectors, but it applies to practically the entire cooperative movement, with some particularly noteworthy peaks in sectors such as manufacturing (and food and beverage production in particular), and social cooperatives.

During the course of the crisis, especially in the first years, the growth patterns of the various cooperative forms differed greatly from that of other forms of enterprise. The analyses presented confirm, especially in the case of those cooperatives for which valid data is available for the entire period from 2008-2011, the anti-cyclical function of cooperatives. Notwithstanding the crisis, in fact, higher positive growth rates can be seen in all the variables of interest both across and within most sectors. Overall in 2011 production increased by 8,2% and investments increased by 10,6%. The rate of capitalization increased as well and the majority of cooperatives improved their financial balance.

The data shows an increase in occupation as well, though the statistical data available shows varying rates. According to data from Censis (Censis, 2012), employment in cooperatives increased by 8% between 2007 and 2011. Looking at INPS data on new jobs in 2011 (including employment lasting less than one year) in cooperatives that were already operating in 2008 (thus excluding those created later), it appears that the increase revealed by the Censis data is caused primarily by the creation of new cooperatives, given that employment in cooperatives that were already in business before the crisis did not increase substantially (+ 1.1%). This trend is in direct contrast with the decreasing job rate registered in all enterprise types and in the job market overall.

These diverging trends are confirmed in all sectors with a strong cooperative presence. Breaking down the possible determinants of these growth rates (location, sector of activity, ownership structure) confirms that the differences observed are due almost completely to the difference in ownership structure and only marginally to other factors. This confirms the fact that the anti-cyclical function of cooperatives is attributable above all to their being enterprises with objectives and ownership structures geared towards meeting members’ needs rather than remunerating shareholder investments.

At the same time, these divergent performance measures are also driven by a generally stable asset base and efficiency levels that are in line with those seen in other forms of enterprise. The statistical comparison between cooperatives, limited liability corporations and shareholder corporations for which 2009 balance sheets are available, conducted using indicators not influenced by factors other than enterprise form, reveals that cooperatives – as opposed to what economists often maintain – present solid levels of total assets (except in the agricultural sector where a large part of the investments are necessarily made by members). Further, cooperatives are characterized by economic and financial indicators that are more balanced with respect to shareholder companies. Moreover, a direct and positive correlation exists between capital investment and economic performance, on the one hand, and level of membership participation in the life of the cooperative on the other. 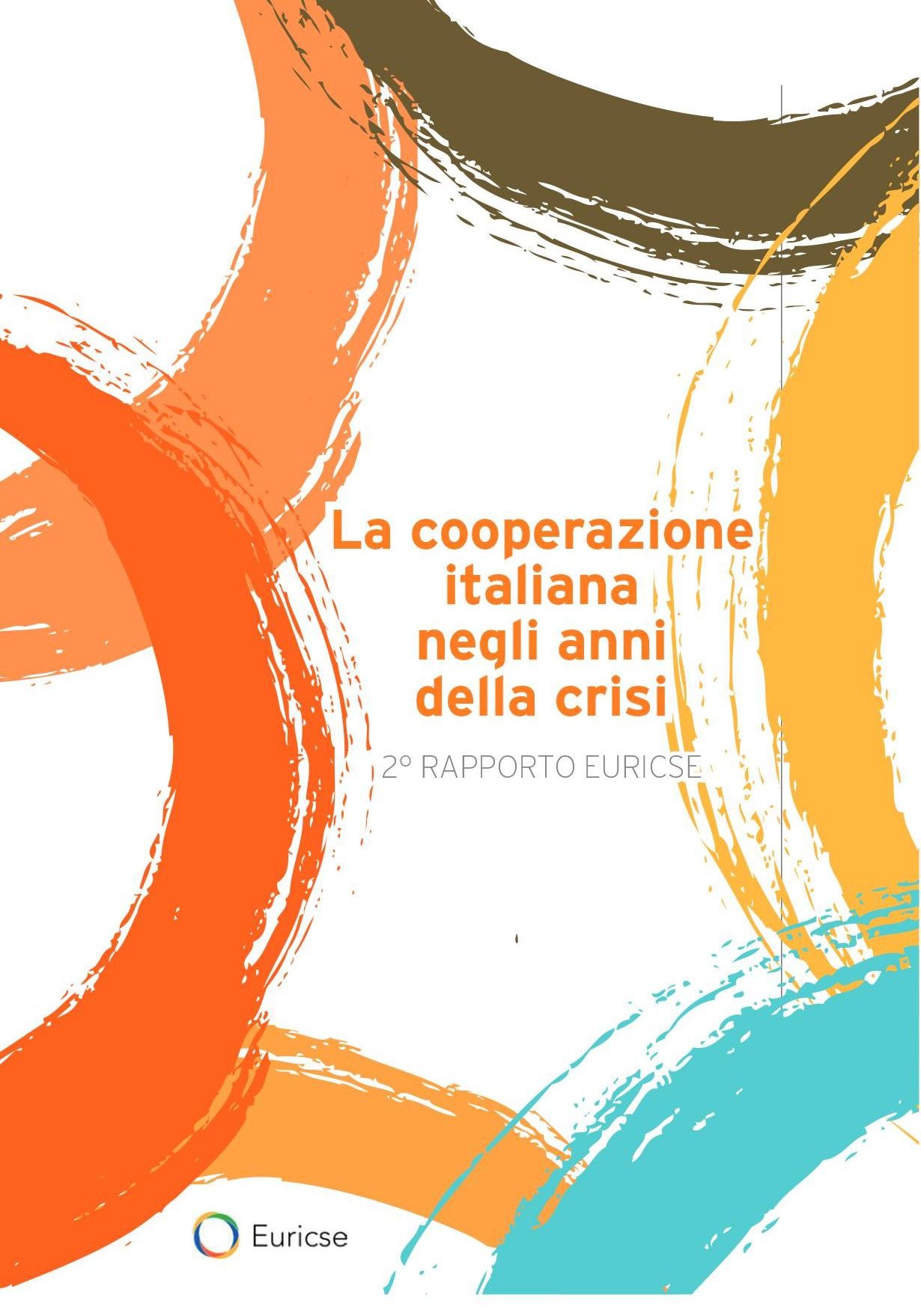