The International Labour Organization and the National Institute of Social Economy of Mexico (INAES) are organizing an Academy on Social and Solidarity Economy (SSE) that will take place in Mexico, from 23 to 27 of November 2015, at the Ibero-American University in Puebla. 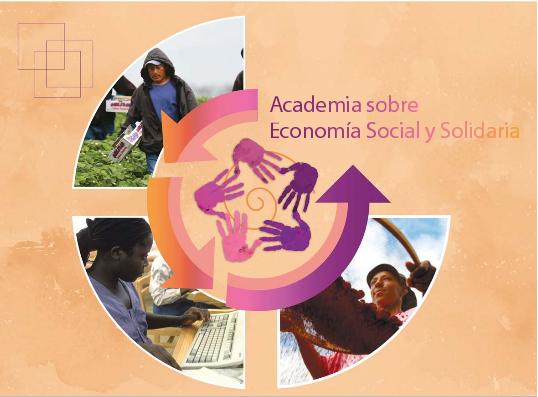 The aim of the Academy is to spread the concept of SSE and to make its practices more noticeable in Mexico and elsewhere. The SSE is of great importance in Mexico, since “the sector consists of around 60.943 social enterprises, comprising 12 million members (about 23% of the economically active population occupied in the country, which is estimated to be just over 52 million persons); only the Rural Social Organizations alone gather about 3 million people and hold 100 million hectares, which represent 51% of the country, 80% of its forests and 33% of its coastlines”.

In addition, the SSE Academy seeks to bring about a special occasion for training and for the emergence of SSE agents in all 32 states of Mexico. It is expected that about 70 people from the country participate in it, mostly representatives of agencies of the Social Sector of the Economy, government officials, scholars and representatives of civil society, as well as up to 70 other people coming from all over the world.
Another major objective of the Academy is to contribute to the recognition of the SSE as a relevant transversal element in federal policies for social cohesion, social development and public welfare.

Barbara Franchini, from Euricse, will participate to the session “Conceptual frameworks of social and solidarity economy”, with a contribution on Social Enterprise in Europe: concept, impact and enabling ecosystem.