SSE in times of great challenges: a strategy for inclusion and well-being

On 19th October our Secretary General Gianluca Salvatori took part in the GSEF Global Virtual Forum 2020. The central theme of the Forum was “Great Challenges, Greater Solidarity: Power of Community and SSE as a Path for Transformation”. Salvatori contributed his expertise in the first plenary session “SSE in Times of Great Challenges: A Strategy for Inclusion and Well-Being”.

Here you can read the highlights of his speech.

The price of Covid-19 paid by Italy

Italy is one of the countries that, after China, was first and most violently hit by Covid-19, with a high price in terms of human lives. To fight the pandemic, we had one of the longest and most stringent lockdowns. The country has come to a complete standstill for more than two months.

As a consequence of the lockdown, we have suffered the impact of a severe economic crisis, which has produced deep effects in terms of well-being. Nearly 600,000 jobs have been lost since the lockdown began, despite subsidies that the government has given to businesses to compensate for losses and despite the ban on layoffs that is currently in place. Thousands of small family businesses have closed with the prospect of never reopening. And when we were starting to think about recovery, the second wave began. And this is the story of these days, which we are experiencing live.

A lesson for the social and solidarity economy

The first finding is that the pandemic has undermined the aspiration of the profit enterprise to replace the State in taking care of people’s well-being. In the last ten years, and especially since the 2008 crisis, the world of for-profit companies has developed a powerful narrative with which it has distanced itself from its past. Instead of insisting on the primacy of the shareholder and the maximization of profit as the ultimate goal of the company, the issue of social responsibility has taken hold.

From welfare to education, from gender inclusion to innovation in social services, the commitment of socially responsible companies can make a difference on every topic. This was the message with which the leaders gathered in Davos, the CEOs of the Business Roundtable, the leaders of large corporations – committed to redefining the “purpose” of their companies, so that it no longer coincides only with the interest of capital and investors – in recent years have hammered us.

Then came the pandemic and the world suddenly appeared in a different light. The role of for-profit enterprises in taking care of social well-being has no longer been at the center of the discussion. The state has taken back space and power, because it has been realized that collective institutions were needed in the face of a collective emergency. This is precisely the second observation on which I would like to focus your attention. The pandemic, at least in Italy and in many European countries, has had the effect of bringing public action back to the center. Reminding us that we have entrusted to the public powers the authority to stop a business, close schools, freeze social life and confine ourselves indoors in our own interest. All tasks for which the market and its rules are not suitable. The Covid-19 emergency has brought the role of public health and the importance of universal access to assistance back into the spotlight. It showed the need for public subsidies to counter the effects of the economic crisis. It put back into perspective the presumption that private companies could act in the name of the public interest.

The striking role of communities and civil society

However, there is a third observation that emerges from the experience of the pandemic. In fact, if it is true that market forces have shown their limits and the role of the state has appeared fundamental, we have seen how decisive a third component has also been: I am referring to the role of communities and civil society. The orders and measures of the public authority were effective not so much for fear of sanctions but for the civic sense of the people, who accepted limitations and prohibitions in the name of the common good. This is perhaps the aspect that most struck the Italian case.

The time of the pandemic has been an exceptional training ground for grasping the importance of an approach that is not solely oriented towards profit and not even based exclusively on the exercise of authority. In more theoretical terms, this period has made it clear that the space between the state and the market is not purely marginal but plays an essential function. Many of the services that are essential to people’s well-being – from care to education – can be produced in this space where social and solidarity economy organizations operate.

When the effect of public subsidies ends, the role of the social economy in countering the loss of jobs will be decisive, as had already happened after the 2008 crisis. The need to enhance health, social care and education services will offer great opportunities for further development of the social and solidarity economy. In a complex society like ours, with growing social needs, the return to the scene of the state in a central position will not be sufficient to guarantee equitable social development. After many years of thinking centered on the virtues of the market economy, it will not be the pandemic that will make us believe that the solution is a return to public management of the economy. For this reason, the approach to the social economy today becomes even more promising and far-sighted.

One of the effects of the pandemic will be the acceleration of the transition from a vision of welfare centered on the state to a vision centered on the whole society, the so-called welfare-society. In which the production of care and assistance services will be distributed among a plurality of different actors, among which a crucial role will be played by the organizations of the social and solidarity economy. This forecast is based on the fact that we are experiencing a constant transformation of care services in the sense of their greater personalization. This trend requires a reading of the needs attentive to the context of specific communities.

To give you an example deriving from the Italian experience: the Covid-19 emergency has highlighted that an efficient hospital system, based on a system of large centralized institutions, is not enough to fight an epidemic, but an equally efficient local medicine is needed. Today we understand that prevention and monitoring are indispensable weapons to tackle the pandemic. But this means a community health model more than a centralized and verticalized health model. The role of local healthcare is therefore extremely important, integrated with a network of home services. In Italy the vast majority of these services are provided by social economy organizations, which are therefore called upon to perform an essential function.

A new approach to get out of the crisis

To get out of this crisis, an approach to designing services is needed that actively involves users, starting from a meticulous knowledge of the communities to which they are addressed. The ability to include a variety of actors in the design, enhancing their skills and resources, will be crucial.

This orientation does not only concern the production of social services but also applies to many other sectors of economic life, in which it is important to establish a pact of trust between producer and consumer. This applies for example to the agricultural industry, where the issue of food safety requires an alignment of interests between producers and final consumers; it is also true for the banking industry, where the relational dimension is a necessary element to facilitate access to credit by the most fragile social categories; and we could continue, with many other examples in which the social economy approach responds to the real needs of our post-Covid time. 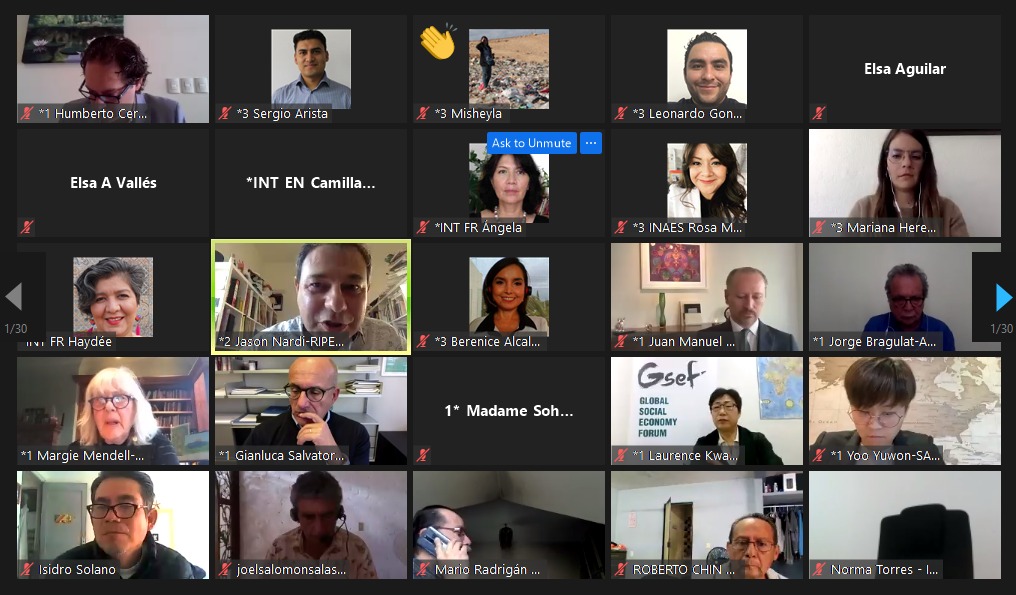