SGECOL is a European group of cooperative law scholars, established in Trento (Italy), at the European Research Institute on Cooperative and Social Enterprises (Euricse), in November 2011. SGECOL’s general objective is to conduct comparative research on cooperative law in Europe. PECOL will take the form of legal provisions accompanied by explanatory comments. They will be developed on the basis of the existing cooperative law in Europe, focusing in particular on six European jurisdictions (Finland, France, Germany, Italy, Spain, UK).

The PECOL project does not serve a single specific purpose, still less is its goal to impose harmonization on national cooperative laws. PECOL will be a scientific and scholarly work, capable of serving many potential functions, depending on the users’ particular needs. 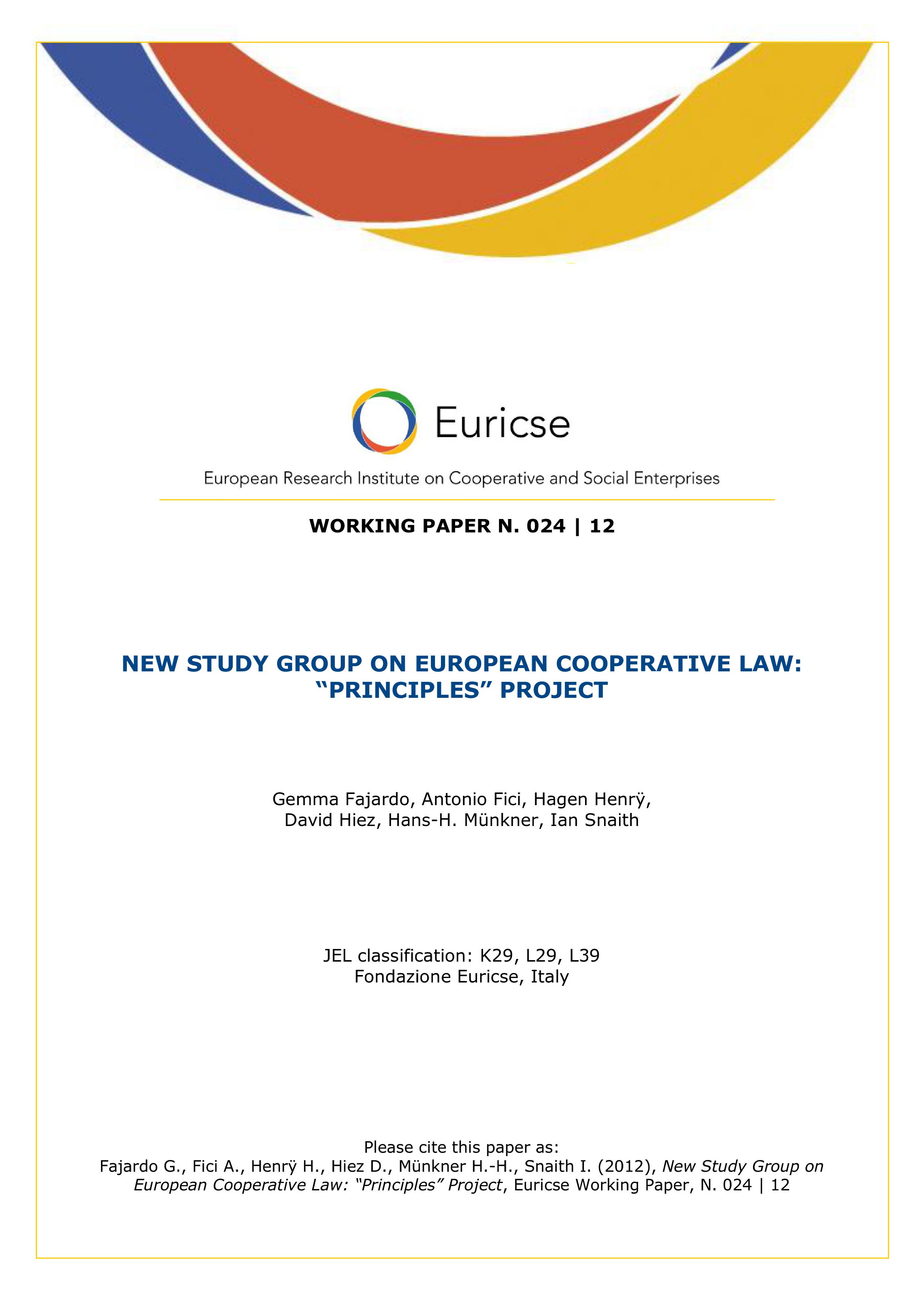