WP 111 | 20 Homo Oeconomicus at the cafè: a field experiment on “suspended coffee”

Individuals engage in daily behaviours that are often at issue with self-interest and rationality.  This paper supports the thesis of inadequacy of the homo oeconomicus model, providing results of a field experiment conducted in the city of Naples (Italy) on the practice of “suspended coffee” (caffè sospeso). The suspended coffee tradition was initially launched in Naples and consists in people purchasing two coffees, one to drink on the spot and one to be left “suspended” for someone else to drink for free. A convenience sample of café clients completed a  selfadministered questionnaire. Their answers were examined in relation to the declared choice and consequent purchase of a suspended coffee. The analysis of the data focuses on the impact that socio-demographic characteristics and motivations, such as consumer choices and adherence to social norms, have on the choice of purchasing a suspended coffee. Within the framework of Structural Equation Modelling, results from a series of latent Path Analyses reveal that being aware of the existence of the suspended coffee tradition has a direct effect on its purchase whilst also mediating the effect of variables such as social norms, café, nationality, and age of the respondents. Our study confirms the human beings’ capacity to act pro-socially and altruistically.
Limitations and future directions are also discussed. 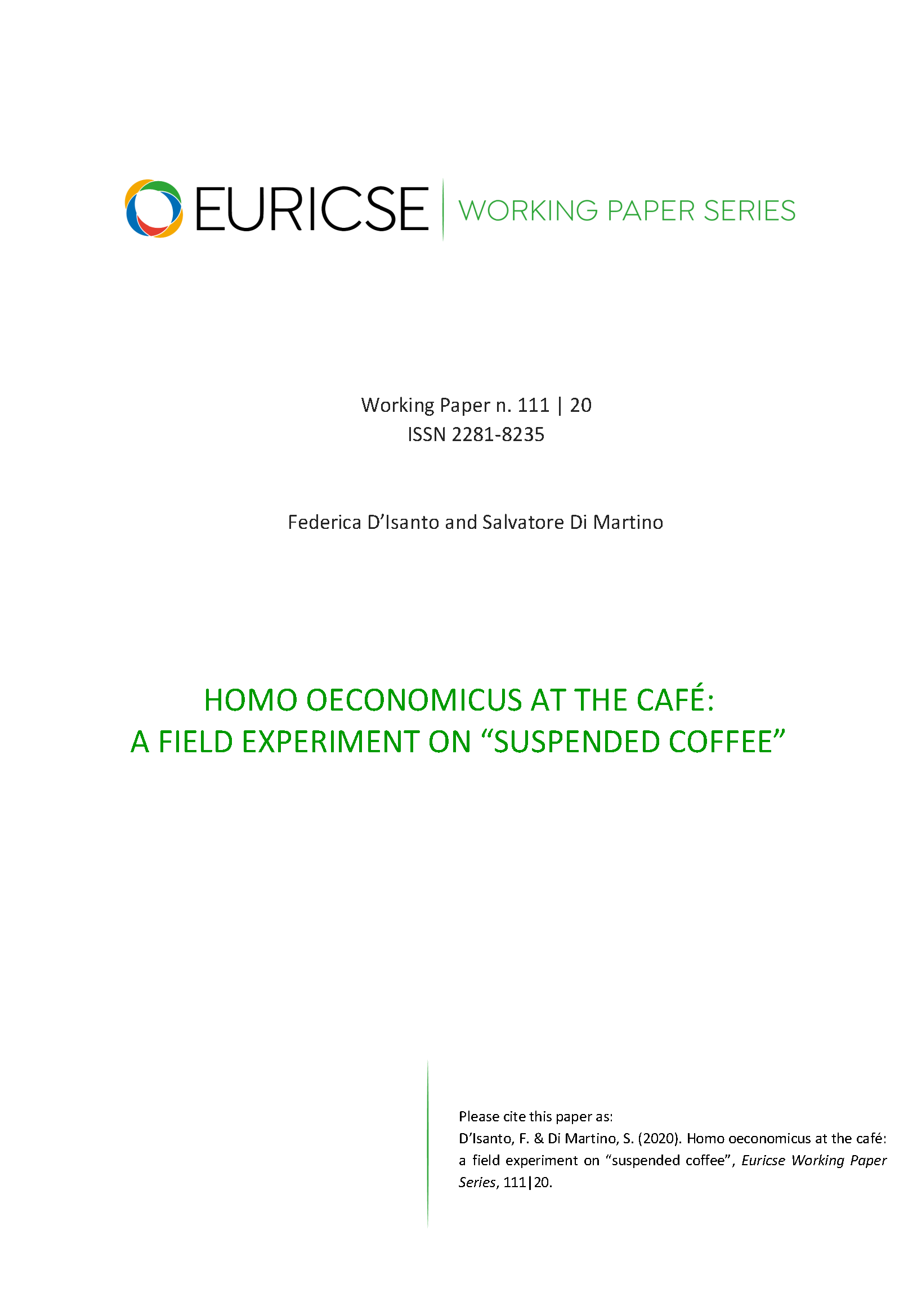