The Mondragon Corporation is an umbrella organisation for nearly 100 separate self-governing worker cooperatives that together employ over 81,000 workers (2019). Being mainly located in the Spanish Basque region, the group’s cooperatives operate throughout the world, with 141 production plants in 37 countries, commercial businesses in 53, and sales in more than 150 countries. Based mainly on information from the Mondragon annual reports, this working paper traces Mondragon’s quantitative employment performance from 1983 to 2019, and compares this with the employment performance of Spain and the aggregate of OECD. Section 1 is on worker cooperatives in general (worldwide). Sections 2-5 provide general information on the Mondragon cooperatives, including their organisational structure and matters such as pay differences. The core Section 6 focuses on Mondragon’s way of employment in the face of globalising capitalism’s competition during the period 2001-2019, when the internationalisation of Mondragon’s industrial cooperatives boosted. A main part of this period covers the effects of the international banking crisis and (especially in the euro zone) the aftermath of a sovereign debt crisis. The reader will see that the various section subjects refer to different periods (2001-2019, 1996-2019 and 1983-2019); these are solely determined by the availability of data from the main source considered for drafting the paper (annual reports). 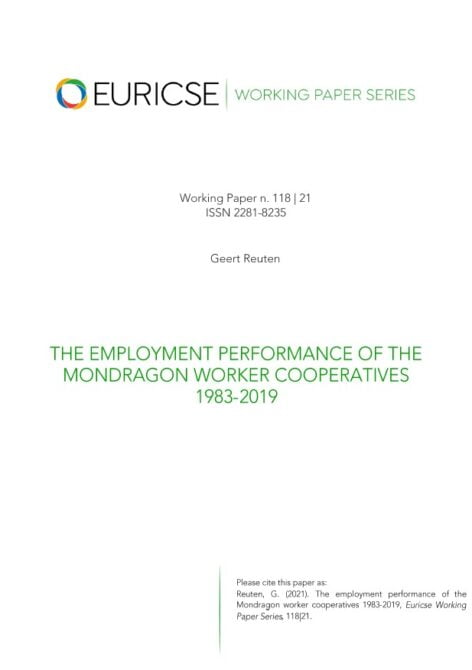