WP 63 | 14 Community and cooperation: the evolution of cooperatives towards new models of citizens’ democratic participation in public services provision

The community cooperatives that are spreading today in many parts of the world are the arrival point of an evolutionary process which has seen the progressive shift of cooperatives’ focus from specific social and professional groups to society as a whole.

New community cooperatives are the off-springs of the old ones but the picture is rather confused. The term itself is relatively new and similar institutions are named differently at different times. Moreover, though having a few basic features in common, they differ much from one another and from the old ones. To take care of this we elaborate a concept of community cooperative consistent with its evolution and the classification of cooperatives we have identified. Basic elements of the concept are community goods, territory and citizenship, which are discussed extensively with reference to concrete cases. We then discuss in what new community cooperatives differ from old ones. The paper closes with a discussion of their future prospects. 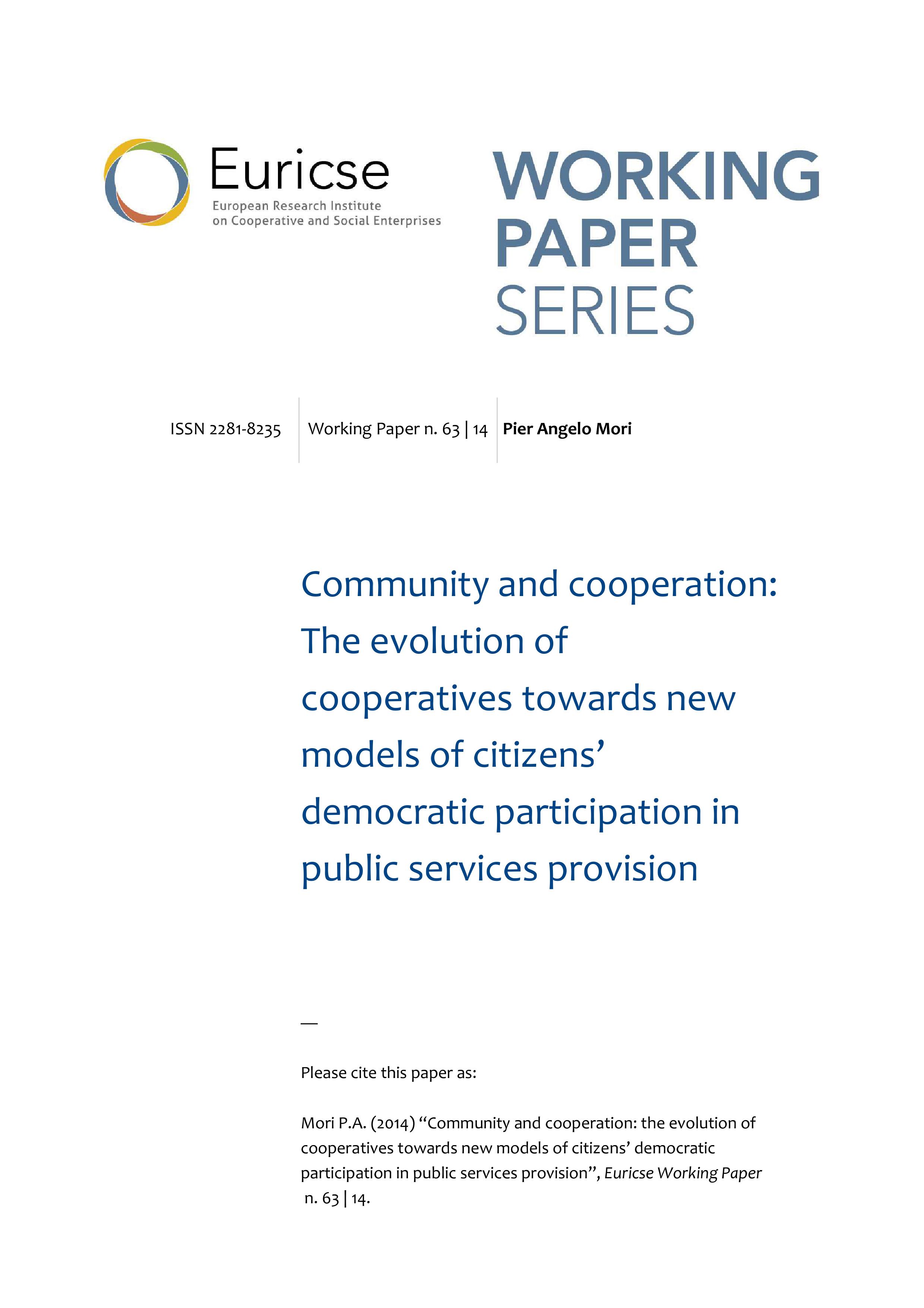