WP 88 | 16 Social Enterprise: Social Co-operation in the Italian Welfare System and its Reproduction in Europe

“Social enterprise” is an umbrella term that covers a broad range of organisations, which differ to a greater or lesser extent in their visibility, scope and dissemination, in the various countries, but which share the explicit pursuit of social objectives, in the world of business and in an on-going manner, by directly producing goods and services that benefit disadvantaged persons and the community at large.

The aim of this paper is to investigate one of the first, if not the very first, social enterprise in Europe, the Italian social co-operative. It begins with a survey of the economic and social environment of the 1970s giving rise to this form of co-operative. The paper then outlines its original features and the legislation adopted to regulate it: social co-operatives, in fact, were not part of the tradition of the co-operative movement and, therefore, were not recognised by Italian law. This is followed by a statistical analysis, beginning with the first survey carried out to monitor this phenomenon and concluding with the more recent statistical data. Finally, an overview is provided of the social enterprises emerged in the major European countries and based on the Italian “prototype”. 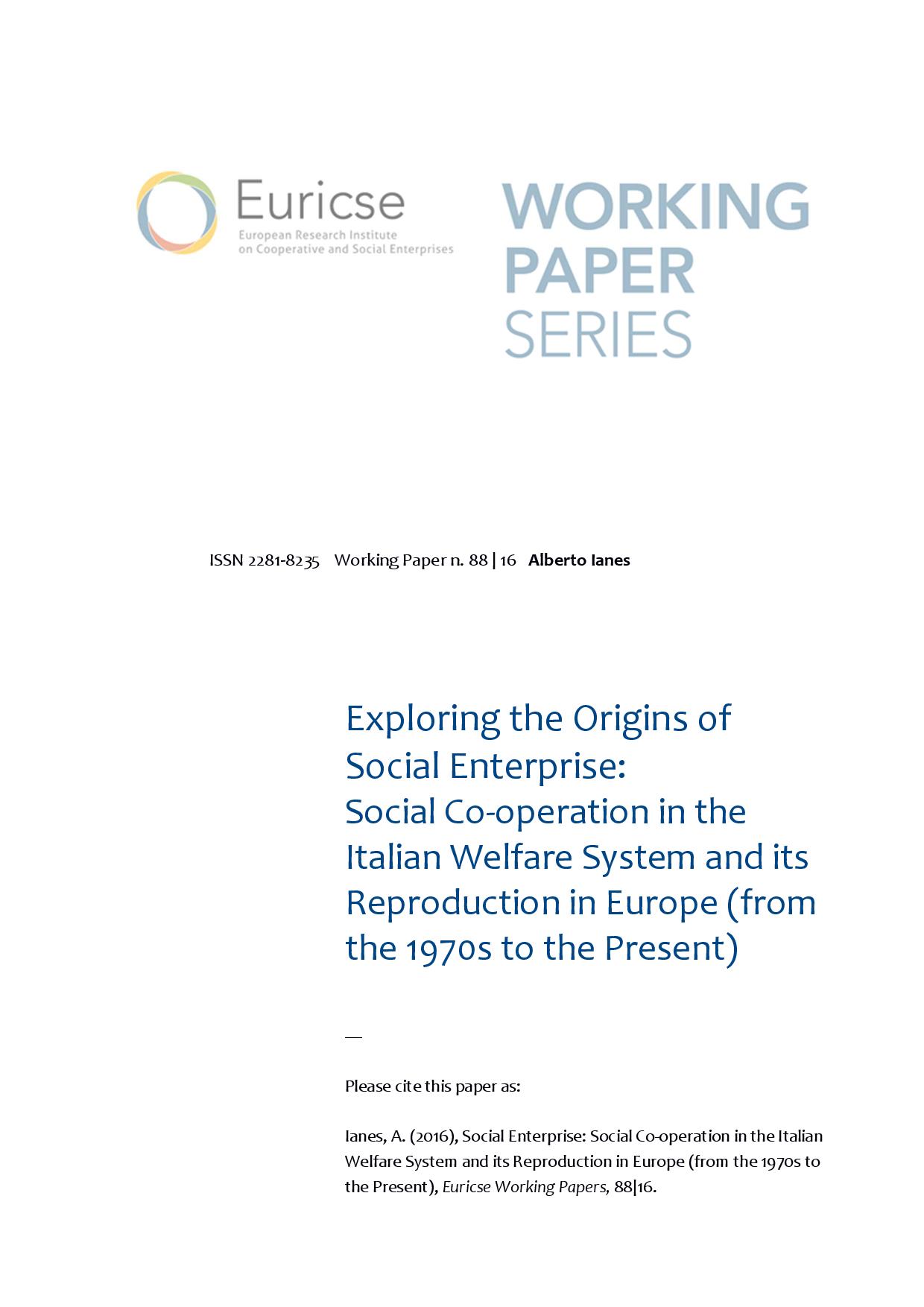