WP 98 | 17 The Foundations of the “Public” Organisation: Strategic Control and the Problem of the Costs of Exclusion

Henry Hansmann has argued that ownership is best allocated to only one group of homogeneous patrons, the group for which the total of cost of governance and contracting is minimized. This paper suggests a different model of governance, which is inclusive of multiple affected patrons, and which is growing especially in welfare service provision. The model considers an additional set of costs, the costs of excluding certain groups of patrons from the firm’s strategic control. The objective, which is Coasean in both spirit and formulation, is: (1) to reiterate the need to separate ownership and control by considering strategic control beyond ownership, (2) to show that the emergence of firms where control is shared among different groups of patrons can be explained as a way to economize on exclusion costs, and (3) to argue that the efficient governance structure must minimize the sum of internal costs for sharing control and the costs for contracting, and add also the costs of exclusion for all the firm’s patrons combined. The paper argues that this setup helps explain the public organisation, defined as a private organisation with public interest objectives, and further claims that this model helps justifying the recent emergence of multi-stakeholder social enterprises within the third sector. 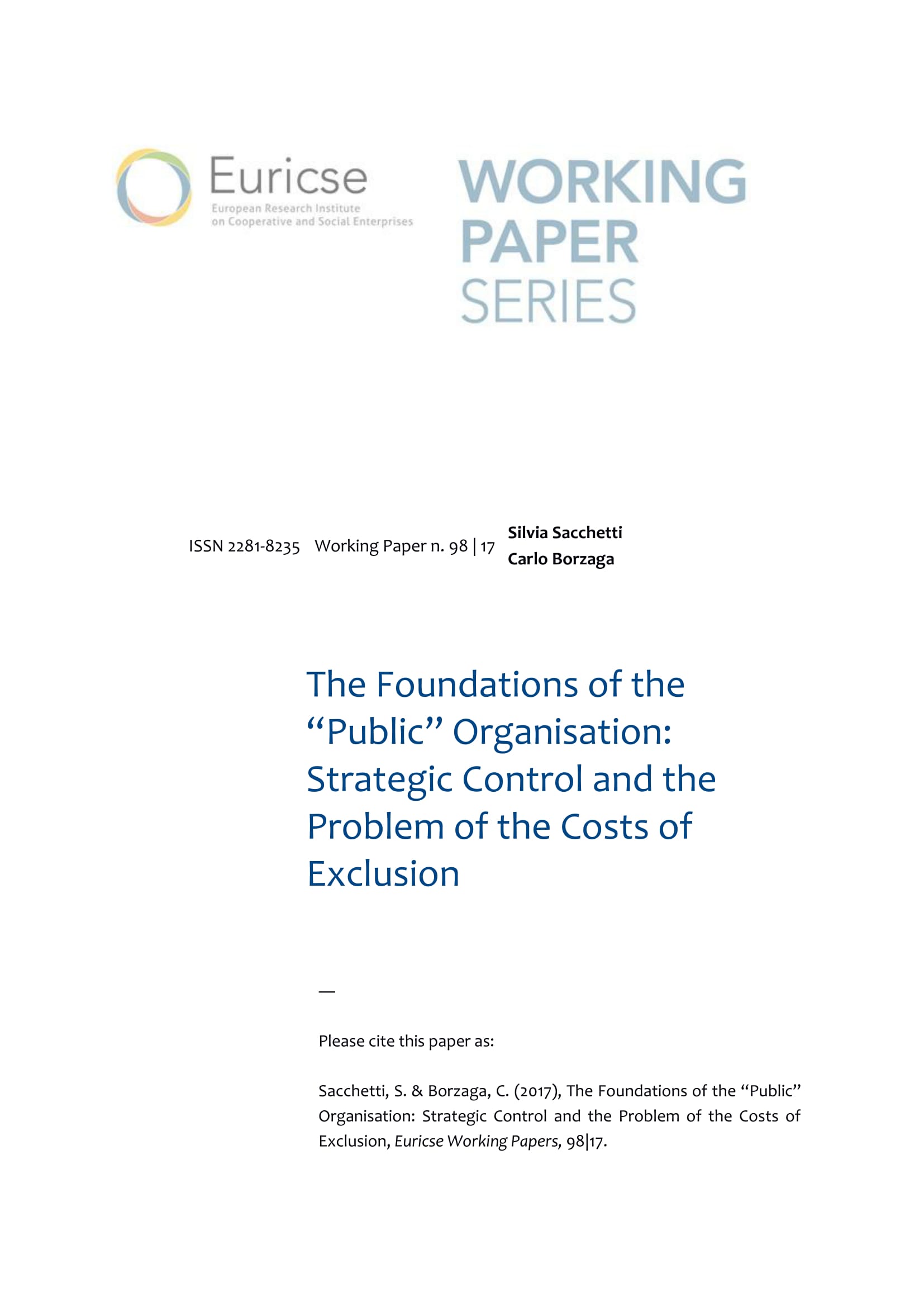