This paper highlights the first phase of a research program, completed in late 2014 and early 2015, that homes in on worker-recuperated enterprises (imprese recuperate dai lavoratori) in Italy. The paper specifically focuses on Italy’s worker buyouts (WBOs) facilitated by its Legge Marcora (Marcora Law) framework—the form of worker-recuperated enterprises predominating in Italy. The paper first offers a definition of WBOs as a subset of worker-recuperated enterprises. It also reviews the most common scenarios from which WBOs emerge globally. It then overviews Italy’s Legge Marcora’s legal and financial framework, and situates the emergence of WBOs since the early 1980s as direct responses to market failure, business closures, rising unemployment, and, with the most recent WBOs, coinciding with the Great Recession and subsequent austerity measures that continue to negatively impact the country. The paper finally discusses key findings from our research on WBO creation in Italy, touching on their most salient demographic and geographic particularities. Throughout, the paper distinguishes Italy’s WBOs as exemplar because of their resilience in times of crisis, and the inclusion of multiple stakeholders in its WBO framework, namely: workers, the cooperative sector, and the state. 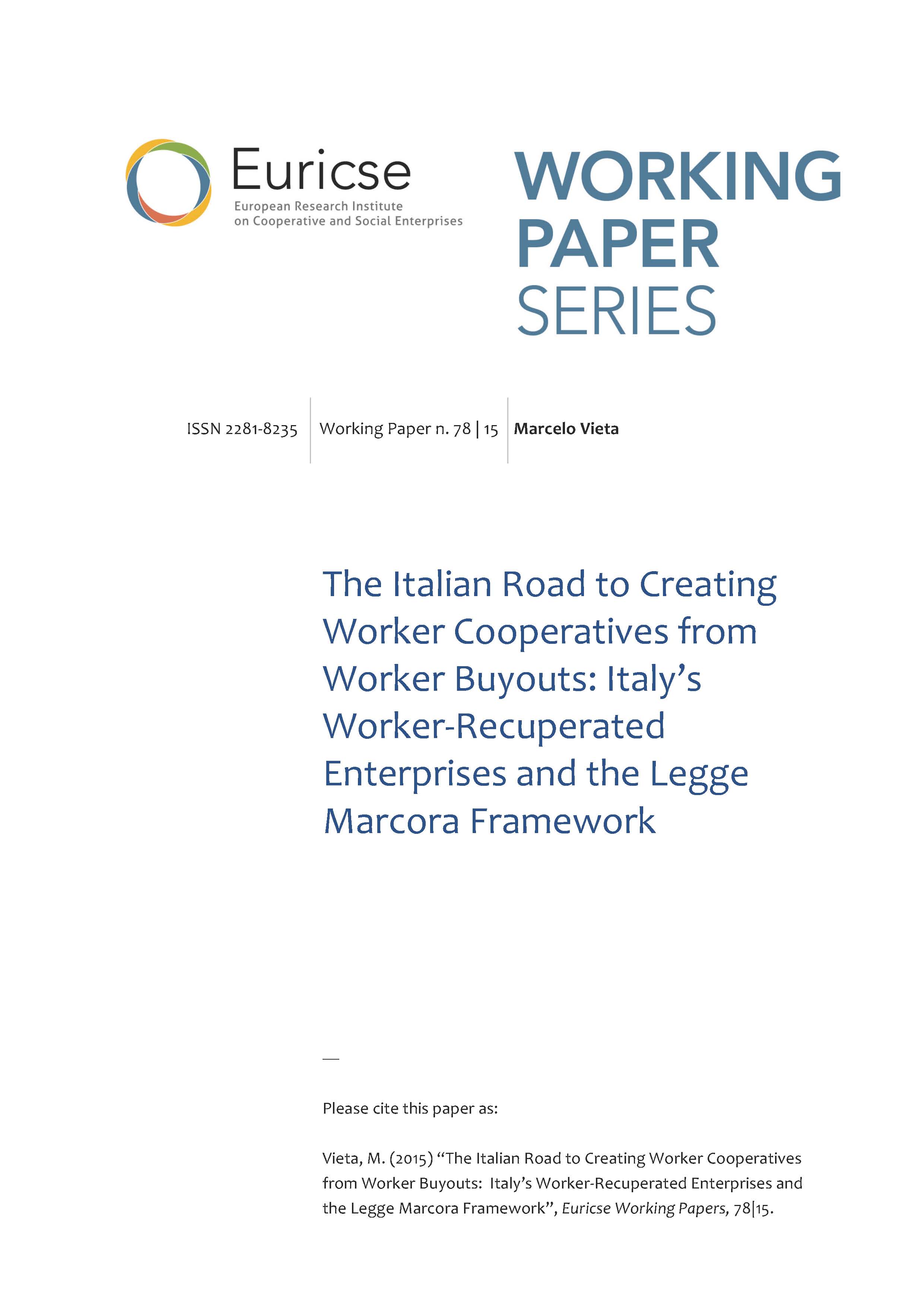