Social enterprises as a bottom-up dynamic

The thematic section of the last number of a scientific review  “International Review of Sociology” (Volume 26, Issue 1, 2016) was curated by Euricse researchers Carlo Borzaga, Giulia Galera and Luca Fazzi.

The articles in this thematic section describe the situation in Italy, Sweden and Japan and have been written by, in addition to the curators, Giacomo Degli Antoni (Department of Law, University of Parma),  Akira Kurimoto (Institute for Solidarity-based Society, Hosei University, Tokyo), Yurie Kumakura (School of Commerce, Meiji University, Tokyo) and Johan Vamstad (Department of Social Sciences, Ersta Sköndal University College, Stockholm).

Giacomo degli Antoni is the author of  “The emergence of social enterprises through the initiative of self-organized citizens: an analysis starting from Olson’s approach to the logic of collective action”. This article provides indirect empirical evidence with which to verify whether the logic of collective action maintained by Olson represents a sound theoretical approach to social enterprises.

Carlo Borzaga and Giulia Galera’s contribution is entitled, “Innovating the provision of welfare services through collective action: the case of Italian social cooperatives”. Through a critical investigation of social cooperatives’ emergence, integration into public policies, and reaction to the financial crisis, the authors refocus attention on one of the key modes of creation of social enterprises that has not gained the attention it deserves: the bottom-up dynamic. 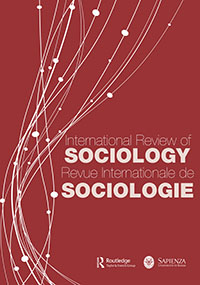